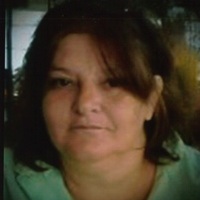 Wilma Lucille Carpenter, 70, of Joplin, passed away June 15, 2021.
Wilma was born April 6, 1951 in Stella to Clarence and Geneva (Williams) Horton. She attended Webster High School in Tulsa. Wilma worked in healthcare for 10 years in various capacities, including EMT work, private home health and long-term facilities. She also worked for the former Meeker’s in Joplin. Wilma was a Christian and loved the Lord. She was also proud to be of Mexican heritage and a member of the Cherokee Nation Tribe.
Wilma had a heart of gold and was always there to help those in need. She often looked after our local homeless population, making sure their basic needs were met. Wilma loved everyone and easily made friends out of strangers. She was a loving mother and grandmother. Her grandchildren were her entire world.