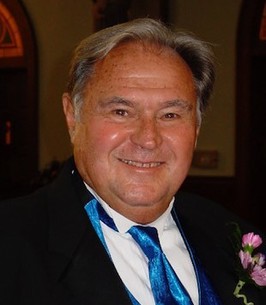 Carl Francis Richard of Webb City, Missouri, passed away of natural causes on Friday, March 26, 2021, at Freeman Health System. He was born September 29, 1923 in Erie, Kansas to Oliver and Ethel Richard. Carl served in the Merchant Marines in World War II. Upon his return, he married Norma Lee Bevington on October 24, 1945.

Carl’s career in the bowling industry began in his youth setting pins, later bowling professionally, and then became a leading bowling proprietor. Early in his career Carl purchased bowling centers in Parsons and Pittsburg Kansas. He was a member of the All-Southwest Bowling Team. Carl was a member of the Falstaff Bowling Team from 1954 to 1959 and with this team toured Southeast Asia. In 1959 Carl opened Fourth Street Bowl, followed by five other bowling centers with his four sons. Carl was a founding member of the Professional Bowlers’ Association and was a member of The Kansas City Star’s Bowling Team in the National Bowling League. He won state bowling titles in Kansas, Illinois, and Missouri and went onto win the Missouri State Team event with his four sons in 1971. They were the first family in Missouri to win this title. He was inducted into the Missouri Sports Hall of Fame in 1996.

Carl is survived by his five children, Ron Richard and wife Patty of Joplin, Sandy Roderique and husband Chuck of Buckeye, Arizona, Dave Richard and wife Libby of Webb City, Randy Richard of Fort Smith, Arkansas, and Barry Richard and wife Terrie of Webb City. He is also survived by 10 grandchildren and 20 great grandchildren with one more expected soon. He has two surviving sisters, Mary Bell Tallman of Scottsdale, Arizona, and Colleen Belt of Topeka, Kansas. Carl was predeceased by his parents, wife, and grandson Matthew Richard and sisters, Victoria, Phyllis, and Ethel Mae, and brothers, Arthur and Oliver.

Carl believed in living life to the fullest and rolled the dice every time. He loved new adventures and challenges and obtained his pilot license at the age of 70. Several years later he purchased a motorcycle and his 50th anniversary red Corvette convertible. Carl enjoyed several road trips throughout Colorado, Arizona, Wyoming, and Maine. His best times were celebrating with his large family at breakfasts, weddings, holidays, and our traditional Fourth of July cookout at his lakeside home. We will miss him dearly.

In lieu of flowers, memorial contributions may be given to “Carl Richard Scholarship Youth Bowling Program” in care of the mortuary.