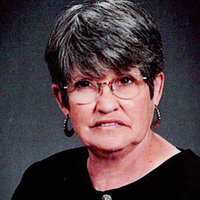 Sharon was born June 27, 1939 in Waterloo, Iowa, daughter of the late Carl and Betty Jones. She attended school in Iowa, and married James Patrick Hayes on December 29, 1960. She and Pat lived in several locations, finally settling in Joplin in 1978. She worked in sales for years, mainly in ladies clothing at J.C. Penney where she was a top performer several times. She worked from 1979 until retiring in 2000. She was also a member of Park Plaza Christian Church.

In addition to her parents, Sharon was preceded in death by her husband, Pat Hayes, who passed away on May 1, 2005; a son, Kevin Patrick Hayes who passed on December 31, 2013; and a sister, Kathy Halvorson.