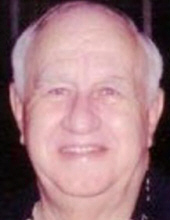 Gary Lester Hall passed from this life on June 29, 2020 at a Las Vegas, Nevada hospital after a short battle with pneumonia. He was born on March 4, 1942 in Joplin, Missouri to Norman and Roberta Hall.

Gary grew up in Galena, Kansas and graduated from Galena High School in 1960. From a young age Gary acquired a tireless work ethic and astute entrepreneurial spirit that would help guide his future success. Through high school he mowed lawns, operated fireworks retail locations and worked in a bowling alley.

Despite not receiving a college degree, Gary went on to be a highly successful businessman. He was the top seller of Prudential life insurance in Joplin. From there, he opened his first Hall’s Food Mart on 22nd and Rangeline in Joplin and grew it into a successful chain throughout southeast Kansas and southwest Missouri. Gary owned additional convenience stores and other business entities with the late Larry Martin, a life-long friend. Gary went on to purchase Sunflower Supply Company Inc., a cigarette and tobacco wholesaler. In four years, he grew the company to where it was listed as one of the fastest growing privately owned companies in a top business publication. He started The Medallion Company Inc, a cigarette manufacturer in Richmond, Virginia, turning it into a multi-million dollar business. Among some of Gary’s other business ventures were Alpine, a custom cabinet company, various restaurant franchises, an antique mall, a live performance theater in Branson, a cemetery, quarter horse racing and breeding, and various residential, retail, and commercial rental and development properties in several states.

In his spare time, Gary was an avid bowler in his younger years. Later in life, he was a car enthusiast and owned an extensive collection. His grandson Evan acquired his love for cars and bowling. Gary was a philanthropist and he contributed generously to Freeman hospital and the Joplin Humane Society along with other local causes. Gary loved cats from a young age and was especially fond of Bucks, a cat that his daughter Debbie gave to him. Gary also loved spending time with his wife, Donna, at their second home in Las Vegas. They also shared a passion for breeding and owning race horses. Gary enjoyed watching his grandsons play sports. It gave him joy to see and spend time with his great-grandchildren Zayden and Rowan.

In lieu of flowers, donations can be made to the Joplin Humane Society.