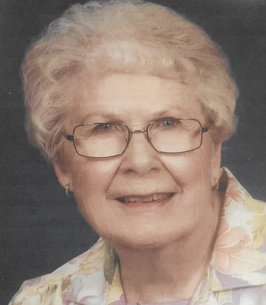 Virginia was born on July 11, 1923 in Marysville, KS, the daughter of the late Elmer V. and Christina (Brunnenmeyer) Morgan. She graduated in 1941 from Marysville High School. She started working as a telephone operator in 1942. She was the Chief operator for Southwestern Bell and AT&T and served as manager of operations in Marysville, KS and Hays, KS from 1953 to May 1981. She was a member of Bethany Presbyterian Church. She was also a member of GFWC and Beta Sigma Phi International.

Graveside services will be 10:00 a.m. Friday at Ozark Memorial Park Mausoleum. Steve Jones, Minister will officiate. The family will receive friends at a time of visitation 6-7 p.m. Thursday at Mason-Woodard Mortuary.