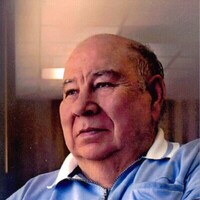 Robert was born July 8, 1927 in Joplin to the late Robert Lee Fannan and Gladys Hutchins Fannan and had lived in the Joplin area all of his life.

Robert attended Joplin schools and worked as a general laborer for several different companies.  He enjoyed bowling; ceramics; building and flying remote control planes and collecting different types of fish for his tanks.  He was known for his orneriness and his craftsmanship.  Robert often built things and was very proud of his work.

Robert was a proud veteran of the United States Navy, retiring with the rank of Seaman First Class.  He served on the Battleship Pennsylvania and was awarded several citations, including the Victory Medal and the Purple Heart.