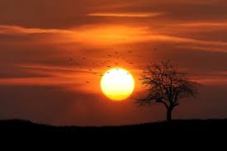 Lovingly written by the family:

Webb City, MO – Jimmy Dean Stapleton, age 62, passed away on Thursday, May 28, 2020 at his home in Webb City, Missouri.  He was a lifelong resident of Webb City and attended Webb City High School.

Mr. Stapleton was born July 24, 1957 at St. John’s Hospital in Joplin, Missouri.  He was the seventh of nine children born to the union of James Richard Stapleton and Viola May (Ryan) Stapleton.

He is survived by his two daughters, Amber and Tiffany; three sisters, Blenda, Cheryl, and Carol; two brothers, David and Jack; and two grandchildren.

Cremation arrangements are under the direction of Ozark Memorial Park Crematory in Joplin, Missouri.  A private memorial and graveside service at Webb City Cemetery is planned for a future date.