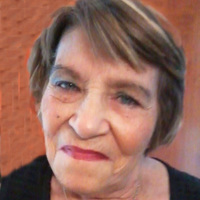 Janice was born March 5, 1939 in Lawton, Oklahoma, daughter of the late Cecil Eugene Griggs and Inez Hunt Griggs. She grew up in Lawton, and then moved to Bakersfield California where she worked in the fields, and as a waitress. She was a member of Central Christian Center of Joplin. She was a tribal member of Choctaw Nation, and proud of her native American heritage. She enjoyed singing and dancing, and spending time with her family, and her Lord.