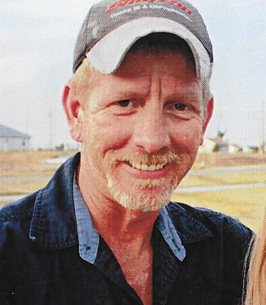 Mark A. Heltzel, age 58, of Webb City Mo., passed away on Wednesday, February 12, 2020 at his home following an extended battle with Cancer.

Mark was born January 17, 1962 in Joplin, Mo. He was the son of Clarence Heltzel and Loretta (Crowder) Heltzel. He attended Carl Junction schools, Mark moved back to the Webb City area in 2006 from Bossier City. La.

Mark worked as a truck driver for Missouri Metal. He enjoyed motorcycle riding. He cared deeply about his family, and they will miss his joking and teasing personality, if he wasn’t teasing you he probably didn’t like you.

He married Pamela Webster on December 9, 2007 in Joplin and she survives. Others who survive include; one daughter, Shyann Heltzel of the home, his step daughter, Vanessa Webster, Carthage, MO; a step son Jeremy Stouffer and wife Lindsay, Springfield, MO; his father, Clarence Heltzel, Oronogo, MO; one brother Larry Heltzel, and his wife Beth, of Joplin; a sister Valorie Peavy and her husband Jeff of Allen, Tx. and three grandchildren.

The family will receive friends 2-3 p.m. Saturday at Mason-Woodard Mortuary. Mark will be cremated following the visitation.