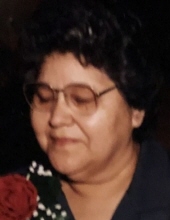 Margarita was born June 9, 1936 in Wharton, Texas. She was one of 9 children born to Luciano and Anita (Salas) Mendez. She moved to the Joplin area in 1986 from the State of Texas.

She was the wife of a Baptist minister. She and her husband ministered at churches in Texas and Missouri. She also served in different bilingual congregations. She used to regularly travel to Hispanic countries on mission trips. She received the greatest joy when she was helping somebody in need. She was a translator and assisted countless families working with the WIC program in Joplin.

Funeral services will be at 2:30 pm, Sunday, February 23, 2020 at Derfelt Funeral Home, Galena, KS. Pastor Matt Derfelt will officiate. Following the service, the family will receive friends at the funeral home until 4:00 pm.

A private burial will take place at Ozark Memorial Park Cemetery in Joplin.