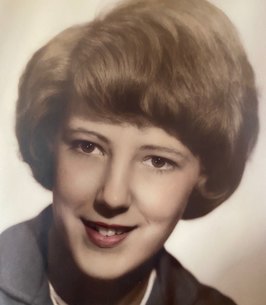 Sheila Diane Welpman Tribbey, age 71, of Joplin, passed away peacefully at her home surrounded by her family on Thursday, January 9, 2020. Ms. Tribbey, daughter of the late Gary and Evelyn (Clark) Welpman, was born on April 6, 1948 in Webb City. In her earlier years she was united in marriage to Rex Adamson and together they had two sons. Later, she then married Christopher Tribbey and to this union, one son was born. Mr. Tribbey preceded her in death in August of 1992. She was a loving mother and homemaker. Sheila was a remarkable cook and enjoyed preparing meals for her family. She enjoyed crafting but most of all she loved her family. She was always supportive and encouraging of her boys and was very proud of all of her grandchildren.

Graveside services will be held on Monday, January 13, 2020 at 1:00 pm at Ozark Memorial Park Cemetery in Joplin. The family will receive friends for a time of visitation on Monday, January 13th beginning at 12:00 pm at the Mason-Woodard Mortuary in Joplin. Pallbearers include Derek Hole, Kyle Leistner, Dawson Adamson, Rex Adamson and Michael Barnes with honorary pallbearer will be Wyatt Adamson.