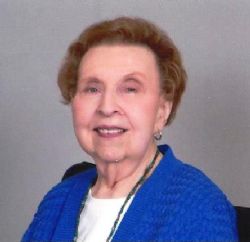 Mary Evelyn Purselley, age 80, of Harrison, passed away Sunday, December 29, 2019, with family and friends surrounding her. The daughter of Rex and Amanda ”Mandy” (Yearnes) Younes, she was born June 5, 1939, at Harrison, Arkansas. Mary was preceded in death by her parents; her beloved son; Rex Purselley; and her brother, Johnny Younes.

Mary was an active member of the First Baptist Church of Harrison where she taught preschool, fourth through fifth class for many years, and worked in First Friends Class. She taught school in the Harrison School District for 34 years, retiring in 1997. Mary taught public school music and developed the original kindergarten program for the Harrison School District. She taught kindergarten; was principal of Central Elementary School; was a member of Delta Kappa Gamma, serving in several capacities including Chi Chapter president and Kappa State Music Chairman. Mary was selected at Harrison Elementary School Teacher of the year in 1985. She was selected as Arkansas PTA Administrator of the year in 1987. She was a lifetime member of the PTA, PTA State Safety Chairman; served on the State Elementary Council; the Retired Teachers Association, serving as president; and was a member of the Boone County Retired Teachers, serving as president. Mary received her BSE in 1967 and ME in 1970 from the University of Arkansas and Specialist Degree in Education Administration at SMSU in 1995. She was a member of both the National and State Auctioneers Association, serving on the State Board of Directors.

Mary is survived by her daughter-in-law, Linda Purselley, of Farmington, Arkansas; two grandchildren, Carol and (Jeff) Smith and David and (Missy) Marzullo; five great-grandchildren; and four great-great-grandchildren. Mary also leaves behind two nieces, Susan and LeAnn and their families, along with a host of other family and friends.

Funeral service is 11:00 AM, Thursday, January 2, 2020, at the First Baptist Church, Harrison, with Brother Rob Davis officiating. Visitation will be one hour prior to service.

Interment will be at Ozark Memorial Park, Joplin, Missouri.

The honorary pallbearer is Earl Johnson.

Special thanks to Atlas in Home Care, who took such good care of Mary over the last few years.