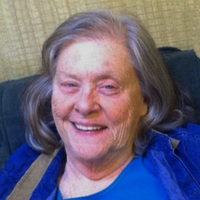 Jerry was born January 28, 1935 in Fayetteville, Arkansas, daughter of the late Robert Owen and Margaret VanWinkle Owen. She moved to Joplin as a child, attended Joplin Schools, and began working for SW Bell as an operator at the age of 16. She finished school, and continued working for the phone company for over 36 years, retiring in 1987 as a manager. She was a member of the SW Bell Pioneers, and volunteered with St. Jude’s Children’s Hospital after retirement.

In addition to her parents, Jerry was preceded in death by her husband of 56 years, Robert H. “Bob” Moorhead, who passed away on May 3, 2011, and an aunt, Maurine Walkin.

Survivors include her sons, Brian Moorhead, and Karl Moorhead and wife Diane all of Joplin; several nieces and nephews.

The family will receive friends at Parker Mortuary on Friday from 10:00 until 11:00 a.m.

The family requests that memorial contributions be made to the Joplin Humane Society.

One Reply to “Jerry J. Moorhead”