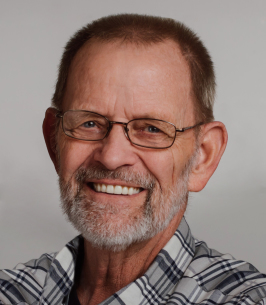 Richard Leon Pogue, age 70, of Neosho, passed away on Monday, December 23, 2019 at his home surrounded by family after a courageous four year battle with cancer. Mr. Pogue, son of the late Wilbur Leon and Alma Irene (Franklin) Pogue, was born on July 4, 1949 in Independence, Missouri. On May 9, 1969 in Joplin, he was united in marriage to Sharon Busse. He worked as a transmission mechanic and was the owner/operator of Richards Transmission Shop in Neosho. He was a member of the Bible Holiness Assembly of God Church in Neosho.

Survivors include his wife, Sharon Pogue, of Neosho; one son Michael Pogue, and wife, Kim, of Neosho; two daughters, Tawnia Milleson, and her husband, Boone, of Granby, and Christina Pogue, of Neosho; four brothers, Johnny Smith, David Pogue, Kenneth Tanner, and Dennis Tanner; three sisters, Edna Robertson, Naomi “Ruth” Busse, and Glenda Mason; four grandchildren, Codi Pogue, and his wife, Paige, Wayne Pogue, all of Neosho, Shelby and Maverick Milleson both of Granby; and three great-grandchildren, Taylor, Emma, and Lucas Pogue. In addition to his parents, he was preceded in death by one brother, Frank Smith; one sister, Melba Smith; and one grandson Luke Milleson.

One Reply to “Richard L. Pogue”