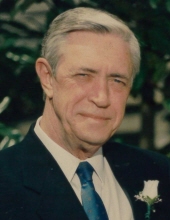 Ellis, 83, a Joplin native, worked 43 years in the news department, 17 of those years as editor and editor emeritus before he retired in 1998.

After his appointment as editor in 1982, Ellis was responsible for news department policy, operations and planning. He led the newspaper into digital technology, selecting the equipment needed to transition the news department into the use of computers.

During his tenure, the Globe won five first-place Missouri Press Association General Excellence awards in its category during the 1980’s and 1990’s along with numerous awards for the individual work of reporters, photographers and page designers.

Clair Goodwin, who worked for the Globe for 50 years as reporter, copy editor, editorial editor and golf columnist, described Ellis as “a heck of a newspaperman. He had a great sense of news and he will be missed.”

Veteran reporter and columnist Wally Kennedy said “Jim Ellis was a mentor for a group of people in the late 1970’s. It was that influence — the people he hired and promoted — that would become the core of the news room for decades to come. I will be forever grateful for the influence he was on my career.”

Former staff writer Susan Redden said Ellis had “great news judgment and was unflappable regardless of the circumstances.”

While he was managing editor, he led the news room in the coverage of the 1978 collapse of the Connor Hotel. The hotel gave way as it was being prepared for demolition, leaving three workers trapped in a twist of metal and masonry. During an ensuing round-the-clock rescue operation mounted by the National Guard, police and firefighters and volunteers, the bodies of two were found and, on the fourth day of the search, a third was rescued injured but alive.
Ellis had served as vice chairman and then chairman of the Missouri Associated Press Editors’ and Publishers’ Association. He also was a past president of the Ozarks Press Association.

In his off time, Jim enjoyed playing golf and bowling with family and friends achieving respectable mastery of both. Jim and his wife Lee shared a bond with local musicians and their music whom they loved and supported.

Funeral services will be held at 11:00 a.m. Saturday, December 14, 2019, in the chapel of Thornhill-Dillon Mortuary. The family will receive friends for visitation from 9:00 – 11:00 a.m. Saturday at the mortuary. Private burial will take place at Ozark Memorial Park Cemetery. In lieu of flowers, memorial contributions may be made to a Joplin charity of your choice.