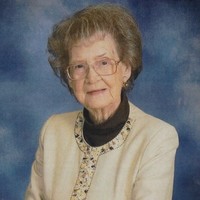 An avid bowler of 70 years, using the same ball, Jo achieved many accolades on the city, state and national level, including being inducted into the Joplin Bowling Hall of Fame in 1994.

Despite all of her accomplishments bowling, Jo was most proud of her family.  She made a point to host family dinners at holidays and for birthday celebrations.  She and her late husband, Robert, spent many summers with the family at their house on the lake.  It was there that she acquired a love for fishing and passed on that love to each of her children and grandchildren.  Jo enjoyed traveling and sporting events of all kinds, especially baseball.  She never missed a family sporting event.   Jo was a longtime member of Blendville Christian Church and will be missed by everyone that knew her.

Services are planned for Monday at 2:00 p.m. at Blendville Christian Church.  Larry Richardson, minister, will officiate.  Interment will follow at Ozark Memorial Park Cemetery.  Pallbearers will be Josh Greer, Paden Bennett, Jacob Bennett, Gus Guodace, Gabe Kogel and Scott Murray.  The family will receive friends Sunday from 3-5:00 p.m. at Parker Mortuary Chapel.  Memorial contributions may be made to the charity of the donor’s choice.