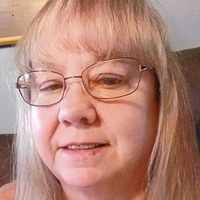 Terrie was born on September 6, 1959, in Webb City, Missouri, to the union of Everett and Freida (Browning) Johnson.  She worked in the retail industry as a manager at Dollar General.  On March 8, 1977, Terrie was united in marriage to Richard Michael “Mike” Enochs and together they had three children.  She will be remembered as a loving wife, a devoted mother and a caring grandmother.

Terrie was preceded in death by her mother, Freida Johnson; and her grandson, Bradley Thornburg.

Funeral services for Terrie will be held at 10:00 a.m. Wednesday, December 4, 2019, in the chapel of Parker Mortuary in Joplin, Missouri, with Greg Martin officiating.  Burial will follow at Ozark Memorial Park Cemetery in Joplin.  The family will receive friends for visitation on Tuesday from 5:00 – 7:00 p.m. at the mortuary.