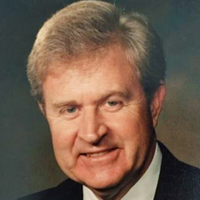 A veteran of Vietnam War, he served as a supply NCO, was awarded the Purple Heart, and earned the Vietnam Cross for Gallantry with Palm. He also was a veteran of the Persian Gulf War (Desert Storm), was awarded SW Asia Service Medal with Campaign Award. Major Sloan retired from the Marine Corps after 28 years, on October 1992.

Major Sloan was born June 10, 1946 in Joplin, Missouri, son of the late SGM (Ret) Fred and Lilly Sloan. He joined the Marine Corps on July 16, 1964 in Denver, Colorado and served in positions of increased responsibility until his retirement on May 3, 1990.

In 1993 Gary joined Titan Corporation as a battle command trainer / education specialist and military analyst at Fort Leavenworth, Kansas. He transitioned to Cubic Applications Inc. in 1994 as a training specialist for the Synthetic Theater Of War (STOW) interactive battle simulation exercises and retired in June 2018.

He is survived by his wife Linda; his son Gary Jr.; his daughter Lisa; and 8 grandchildren; brothers Steven and Jamie; and stepdaughter Diane Wood. His sister Anna, preceded him in death on August 25, 2006.

A viewing will take place at Davis Funeral Chapel, Leavenworth, Kansas on Wednesday, October 9, 2019 from 5-8 pm.

Funeral service will be Friday, October 11, 2019 at 1:30 p.m. in Parker Mortuary Chapel Internment will follow at Ozark Memorial Park Cemetery in Joplin, Missouri.