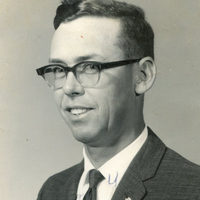 Melvin was born January 4, 1935 in Liberal, Missouri to the late Aaron Ramseyer and Emma Shaw Ramseyer and had lived in the Joplin area most of his life.

Melvin worked as a welder for Lozier, Inc. for over 34 years.  He had also worked at the Joplin Regional Airport at Ozark Airlines for several years.  Melvin was a member of Forest Park Baptist Church and a veteran of the United States Army.

He married Kathleen McCoy in 1967 in Joplin.  She survives at the home.

In addition to his parents, Melvin was preceded in death by a brother and sister-in-law, Carl and Eva Ramseyer.

Arrangements are under the direction of Parker Mortuary.