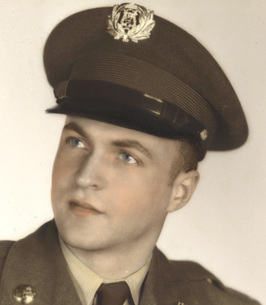 George W. Anderson, age 89 of Joplin, Mo. passed away on Tuesday, September 17, 2019 at his home surrounded by his loving family.

George was born on September 28, 1929 in Minneapolis, Mn., the son of the late George and Julia (Swanson) Anderson. He proudly served his country in the U.S. Army during the Korean War. Following his service, George returned home and got his master’s degree in Education. He went on to be a teacher of American History and government in Rosau, Mn. for 3 years, Omaha, Ne. for 3 years, in Valdez, Ak. for one year, then at Kenai High School and Kenai Community College in Alaska for 19 years, later teaching for the Joplin School District for 10 years. George retired from education in 1993. He was a member of Forest Park Baptist Church. George loved to read, he was a pianist and organist, authored several articles about politics, was a talented artist and enjoyed coaching multiple sports.

He married Sharon Freed on December 30, 1955; she survives. Additional survivors include a son; Doug Anderson and wife Julie of Lynchburg, Va., a daughter; Robin Riutta of Joplin, one grandson; Andrew Anderson and wife Leah, and one great-granddaughter, Ava Anderson.

Funeral services have been scheduled for 2:00 p.m. Monday, September 23, 2019 at the Mason-Woodard Chapel. Burial will follow at Ozark Memorial Park Cemetery. The family will receive friends during a time of visitation prior to the service beginning at 1:00 p.m. Monday.