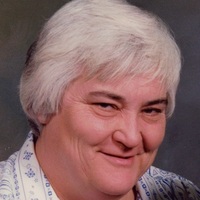 Sally was born on June 23, 1942, in Joplin, Missouri, daughter of the late Patrick Owen and Neva Shireman Owen.  Sally attended school at Washington Elementary, East Junior High, Joplin High School and Missouri Southern.  She worked for Oak Hill, St. John’s and Freeman Hospitals in addition to MidCon Cables.  She married Donald Otis Norwood, who preceded her in death, in 1977 and spent her remaining years as a homemaker, wife and mother.  She enjoyed traveling, cooking, but most of all visiting with her friends and family.

In addition to her parents and husband, Sally was preceded in death by her siblings, Edward Owen, Evelyn Brynson, Mary Ruth Lawson, Annie Case, Barbara Leaf, and Peggy Owen.

Survivors include her daughter, Linda, of Joplin; and her sister, Pat Williams, of Joshua, Texas; and multiple nieces, nephews, and great-nieces and nephews.

Graveside funeral services will be held at 11:30 a.m. Tuesday, September 17, 2019, at Ozark Memorial Park Cemetery in Joplin with Rev. Bob Simon officiating.  The family will receive friends for visitation beginning at 10:00 a.m. Tuesday at the mortuary.  Those serving as honorary pallbearers are Ezekiel Johnson, Mateo Johnson, Stephanie Johnson, Natalia Johnson and Heston Wostal.  In lieu of flowers, memorial contributions may be made to the American Cancer Society.