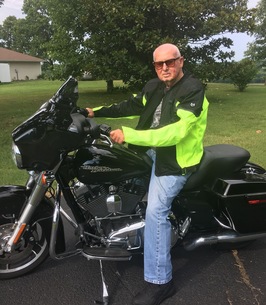 Max was born on July 4, 1935 in Carthage, MO, the son of the late Theodore and Hazel (Lambeth) Dodson. He has been a lifetime area resident. He served his country in the United States Army. On December 24, 1957 he married Loetta Robertson in Carthage, MO, together they raised two children.

In 1969 he opened Commercial Glass & Metal. This year they celebrated fifty years in business. He was a dedicated business owner who was devoted to the success of his company. He was a member of Frisco Church and formerly attended 2nd Assembly of God Church. He was also a member of the YMCA. His hobbies included; riding motorcycles, hunting, fishing, and hiking at Roaring River. At the age of 80 he took up skydiving. He loved hanging out with his five year-old great-grandson, J’Alan.

He was preceded in death by his brother Glen Dodson.

Funeral services will be 10:00 a.m. Tuesday at Frisco Church in Webb City, MO. Pastor Matt Snyder will officiate. Burial will be in Ozark Memorial Park Cemetery.

The visitation will be 5-7:00 p.m. Monday at Frisco Church in Webb City, MO. Memorial contributions may be given to the Neosho Fish Hatchery in care of the mortuary.