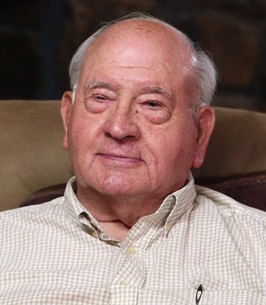 Glenn was born on November 30, 1930 in Webb City, Mo., to the late Cecil and Grace (Gibson) Wilson. He graduated from Carl Junction High School in 1948. He served his country in the United States Army and the Army Reserves from 1951 to 1981. He retired as a Full Colonel. He married Dorothy Jeans on June 11, 1954. Together they made their home on a ranch near Joplin, MO.

Glenn worked as the Personnel Director for Teledyne for twenty-six years, he also owned Glenn Wilson Trucking and leased trucks to Tri-State Motor Transit, Joplin and Arrow Trucking, Tulsa for twenty- five years. Glenn was very active in his Community. He was a longtime active member of the Duenweg Baptist Church where he was a Deacon. He served on the Missouri Southern State University Board of Regents. Glenn was one of the original members of the Missouri Southern Foundation Board, serving as Treasurer. In 2019 he was awarded the Lionhearted Award. He served as Newton County Presiding Commissioner from 1997 to 2000. He was also a member of the Reserve Officer Association. He enjoyed being a rancher.

He was preceded in death by his wife Dorothy Wilson, on May 3, 2009; three brothers, Cecil Wilson, Jr., Art Wilson, and Dannie Wilson.

The family will receive friends 6-7 p.m. Wednesday at Mason-Woodard Chapel. Memorial contributions may be given to the MSSU Foundation Glenn Wilson Scholarship Fund, in care of the mortuary.