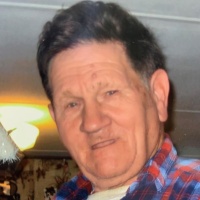 Harold was born February 6, 1934 in Joplin to the late Harold S. Cupp and Ethel F. Rhamey Cupp and had lived in the Joplin area all of his life.

Harold owned and operated Cupp’s Trash Service for over forty years, retiring in 1993.  He enjoyed fishing, gardening and spending time with his family.  On weekends, he could be found junking and going home to clean whatever it was he just found.  Harold also was known and the neighborhood ‘cat’ man and loved to look after any that came around.  He will be missed by all who knew him.

In addition to his parents, Harold was preceded in death by a son, Seth Cupp; grandsons, Tommy Carson II, Jeff Cupp, Jr., Allan Davis; one brother, Bill Cupp; and a sister, Dorothy Wright.