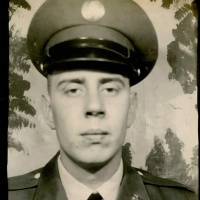 William was born July 31, 1945 in Treece, Kansas to the late Ira Sliger and Margaret Carr Sliger and had lived in Joplin most of his life.

A mechanic by trade, he had worked for Montgomery Ward in Joplin for several years and retired from Goodyear after many years of faithful service.  Following retirement, he worked as a security guard at the Joplin Housing Authority for a short time.

William enjoyed working in his yard and fishing, on occasion.  He loved his family and will be missed by all who knew him.

In addition to his parents, William was preceded in death by his wife, Gloria in 2016.

Graveside services are planned for Saturday at 2:00 p.m. at Ozark Memorial Park Cemetery.  Richard Jenkins will officiate.  The grandsons will serve as pallbearers.

Arrangements are under the direction of Parker Mortuary.