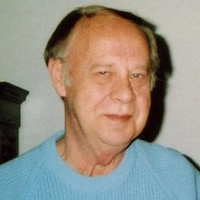 David was born November 4, 1938 in Carterville, Missouri, son of the late Virgil Cruzan and Bertha Beeman Cruzan.  He graduated from Carterville High School, and worked for AT&T/ S.W. Bell for over 44 years before retiring in 1998.  He married Carole A. Pfifer on September 6, 1957, and they had three children.  He enjoyed working on, and driving his classic cars, and going to shows all over the four state area where his 66 T-Bird won many awards.  He enjoyed this passion with his family.

In addition to his parents, David was preceded in death by a daughter, Linda Cruzan, and his son, John David Cruzan.

Funeral services will be Friday, May 17, 2019 at 10:00 a.m. in Parker Mortuary Chapel with Pastor Jeff D. Martin officiating.  Interment will follow in Ozark Memorial Park Cemetery with his grandchildren serving as pallbearers.