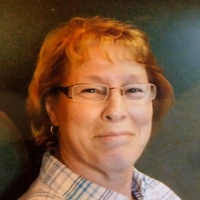 Barbara was born September 5, 1944 in Miami, Oklahoma to the late Ralph Truesdell and Rubye Pritchard Truesdell and had lived in Grove the past seventeen years, moving from Joplin.

She enjoyed nature, genealogy, travel and trivia.  Barbara loved her family with all her heart.  She will be missed by all who knew her.

Barbara married Jim Goodknight on January 28, 1966 in Duenweg, Missouri.  He survives at the home.

Services are planned for Wednesday at 11:00 a.m. at St. Paul’s United Methodist Church.  Rev. Aaron Brown will officiate.  Interment will follow at Ozark Memorial Park Cemetery.  The family will receive friends Wednesday from 9:30 a.m. until service time at the church.  Memorial contributions may be made to the Ronald McDonald House Charities of the Four States, in care of Parker Mortuary.