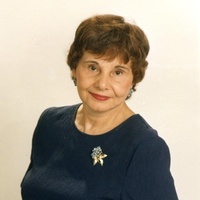 Lina was born on April 17, 1929 in Naples, Italy to the late Luigi Grosso and Maria Cosentino Grosso and had lived in Joplin most of her life.

She worked at Fred and Red’s Restaurant for over fifty years.  Lina was a member of the United Nations Club and the Elk’s Lodge #501 Auxiliary.  She will be missed by all who knew her.

In addition to her parents, Lina was preceded in death by her husband, Thomas James Farren; and her children, Barbara Farren, Patricia Terrill Hart and Thomas Alan Farren.

Services are planned for Friday at 1:00 p.m. at Ozark Memorial Park Mausoleum.  Memorial contributions may be made to the Joplin Elks Lodge Christmas Basket Fund.