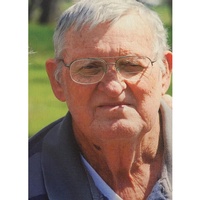 Ralph was born November 17, 1935 in Duenweg, Missouri, son of the late Leonard Mack Goade and Alta Lavesta Goade.  He graduated from Duenweg High School, and then served in the United States Navy during the Korean Conflict.  He worked for Missouri Steel for over 20 years in sales, retiring as their Sales Manager.  He then went to work for the Joplin Sheltered Workshop as Director of Sales.  He enjoyed helping, and spending time with the handicapped of the Joplin area.  Even though his two brothers moved west to Seattle, he remained in this area.  He enjoyed spending his spare time fishing, and being with his family.

In addition to his parents, Ralph was preceded in death by a brother, Harold Goade.