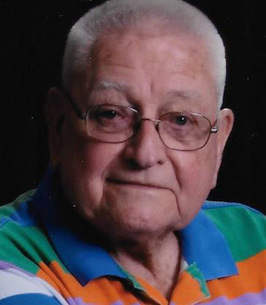 Wayne Charles (Chuck) Elgin, 90, of Joplin, MO., went to be with the Lord on April 17th 2019 following a short illness.
Wayne Charles (Chuck) Elgin was born December 4, 1928 to Wayne Lemuel and Ann Elizabeth Jozwik Elgin in Greeley, Colorado. After his father’s death, the family moved to Memphis, Tennessee when he was fifteen.
He attended Memphis Technical School and worked for several years at Warner Brothers Picture Distributing Company. In 1951, he was drafted into the Army in the 101st Airborne Division stationed in Breckenridge, Kentucky.
On September 21, 1951, he married Doris Taylor in Denver, Colorado where she was working at Denver General Hospital. They were transferred to the Virginia Military District in Richmond. In March of 1952 he was sent to Korea. He was stationed in Nonson, Korea and was chief of the message center in a POW camp.
He was discharged in 1952 and returned to Memphis where he worked as a bookkeeper for a construction company until he entered pharmacy school. He graduated from the University of Tennessee School of Pharmacy and practiced in retail and hospital pharmacies until they moved to Joplin in 1967. He bought the McCool Drug Store at 4th and Joplin and later relocated the store to 2nd and Main Street until closing the store in 1981. He worked at Skaggs and Mays Drug stores until his appointment as Director of Pharmacy at Oak Hill Hospital in 1983. He continued in that position until 1994 when he retired.
Following retirement, he worked as a relief pharmacist for several pharmacies. He was a longtime volunteer at the Community Clinic of Joplin where he was in charge of the pharmacy. In April 2007, he was awarded the Missouri Lieutenant Governor’s Senior Service Award in Jefferson City. In 2014, he was among the outstanding volunteers by the Joplin Regional Journal who were recognized at a banquet. He continued working at the Community Clinic until 2018.
Chuck liked to play tennis at Landreth Park with his buddies. He bowled on a team for many years with Dr. I E. Kilbane. They won the city Handicap Doubles Bowlers tournament in 1986.
He was an avid Lionbacker and could be identified by his green and gold cap and his recommendations to the referees. He received the MSSU Lionhearted award in November of 1991.
After retirement, he and Doris enjoyed traveling with groups and visited China, Australia, Scandinavia, Russia, Italy, England, and Canada. They also travelled extensively in the United States.
Chuck was a member of First United Methodist Church and the Tri M Class.
He leaves his son Stephen and his wife Sharon, his daughter, Patricia Morgan and husband, Mark, granddaughters Krystal Frossard and husband, Justin, Amber Ball and husband, Austin, and Stephanie Elgin, grandsons Stephen and Christopher Elgin, as well as great grandson, Oliver Charles Frossard. He leaves a sister, Phyllis Nearn and husband, Charlie as well as nieces and nephews whom he loved.
Funeral services at 10:00 a.m. Tuesday at First United Methodist Church. Burial will be at Ozark Memorial Park Cemetery. The family will receive friends 6-7 p.m. Monday at Mason-Woodard Chapel. In lieu of flowers donations may be made to First United Methodist Church, Missouri Southern Foundation, the Community Clinic, or a charity of your choice in care of the mortuary.