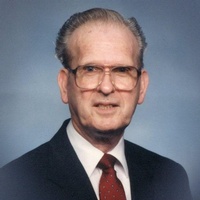 Gerald E. Ehrhart, age 93, formerly of Joplin, passed away Saturday, March 2, 2019 at Delmar Gardens, Lenexa, Kansas, after an illness.  Prior to his recent admission to Delmar, he resided with his wife at his son’s home in Olathe, Kansas.

Gerald was born July 27, 1925 in Hart, Missouri to the late Clause Edgar Ehrhart and Susie Elizabeth Quick Ehrhart and had lived in Joplin from 1937 to 1948.

He and his wife owned and operated a Ben Franklin Store in Arlington Heights, Illinois from 1959-1970.  They owned and operated two card and gift shops in Tempe, Arizona from 1971-1982.  Gerald retired from Dillard’s Department Store in 1991 while living in Garland, Texas.

Gerald was a veteran of the United States Navy during World War II and was a member of the Seabees.  Gerald was of the Baptist faith.

He married Alma Genevieve Weaver on November 2, 1946 in Columbus, Kansas.  She survives at their son’s home in Olathe, Kansas.

Survivors include a son, David Ehrhart, Olathe, Kansas.  He also is survived by several nieces, nephews and cousins.