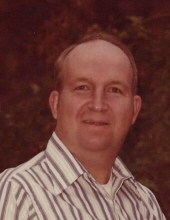 Billy was born August 3, 1936, in Stella, Missouri, to the union of the late Everett and Nova (Hinton) Baker. He attended school in Stella and was a 1954 graduate of Stella High School. Following graduation, Billy served his country faithfully in the United States Marine Corps from 1956 – 1959. He meet a lady who would soon become his wife. Billy was united in marriage to Helen Piper on March 23, 1966, in Buffalo, Missouri, and together they shared 51 years of marriage before her passing. Billy worked at Eagle Picher in Galena, Kansas, for 20 years, retiring in 1980. In 1983, he went to work at the City of Joplin Street Department, retiring in 1998. Billy greatly enjoyed hunting in his younger years. Later on, his favorite pastime was taking Helen on car rides through the countryside. He was very passionate about family history and visiting with people. He and Helen were members of Blendville Christian Church in Joplin for a number of years.

Billy was preceded in death by his parents; and his wife, Helen.

Survivors include his son, Sheldon Baker, and wife, Dawn, of Joplin, and a granddaughter on the way; a brother, Bob Baker, and his children, Kendall Baker and Sherry Ellison, all of Wheaton, Missouri; brothers-in-law, Claude H. Piper of Pittsburg, Kansas, Jack B. Piper of Joplin and Carl R. Piper of Springfield, Missouri; and many nieces and nephews as well as a host of extended family and friends.