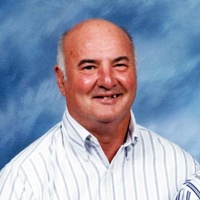 Rich was born January 12, 1938 in Webb City, Missouri, one of thirteen children born to the late Mose Franklin Jones and Sylvia Emma Pequignot Jones. He graduated from Carl Junction High School in 1956, married Beverly Cole, and went to work for Frisco Railroad. He then served in the United States Army where they were stationed in Anchorage, Alaska. He moved to Sarcoxie where he continued working with the Railroad before retiring after 25 years as a Station Agent. He then began farming, and operated a Turkey Farm for many years before retiring and moving to Carl Junction.

In addition to his parents, Rich was preceded in death by a brother, Robert Jones, and a sister, Margaret Jones.

Interment of his ashes will be at a later date in Ozark Memorial Park Cemetery.