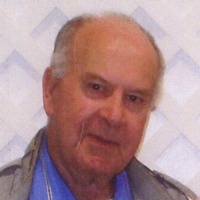 Jack was born October 4, 1925 in Joplin, son of the late Thomas Watson and Laura Forkner Watson.  He served in the United States Navy during World War II as a Seaman First Class.  He was a lifelong resident of Joplin, and worked as a truck driver for several companies.  He was a member of the First Church of the Nazarene.

Graveside services will be Tuesday, January 29, 2019 at 2:00 p.m. in Ozark Memorial Park Cemetery with Pastor Jay Dick officiating.  Grandchildren will serve as pallbearers.