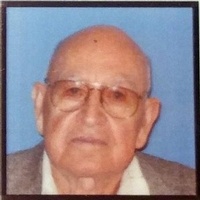 Lee was born July 21, 1921 in Racine, Missouri, the oldest of 11 children born to the late Jesse Howard and Alice Motley Howard.  He grew up in Missouri, and then served in the United States Army during World War II where he received a Purple Heart.  He lived in California, Utah, Colorado, working many jobs including construction, on the Oil Fields, and with the Sante Fe Railroad where he worked for 18 years before retiring in 1983.  After retirement, he lived in Montana for several years before moving back to Missouri in the late 1980’s to help take care of his parents.

In addition to his parents, he was preceded in death by a wife, Alice Howard, who died in 2011, and eight siblings, Hazel Daniels, Leona Ireland, Fred Howard, Junior Howard, Donald Howard, Lola May Harvey, Bob Howard, and Gary Howard.