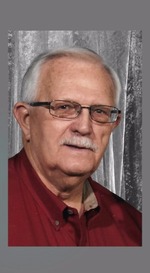 John was born on February 22, 1942 in Joplin, the son of Cherry and Wilma (Payne) Pierce. He has been a lifetime area resident. John graduated from Joplin High School in 1960 and played football for the Joplin Eagles. He worked for Zales Jewelry store in Joplin, Reeves Tire, Vandever Tire and various auto parts stores before going to work for Eagle Picher, where he retired in 2005. He was a member of Immanuel Lutheran Church where he coached and played on the slow pitch softball team. He was an avid sportsman, was a member of the Joplin Softball Association, and enjoyed hunting, camping and fishing, and cheering for his favorite teams the Kansas City Chiefs, Royals and the Kansas Jayhawks. John never met a stranger and loved sitting and visiting with people.

He married Carolyn Eliason from Carthage on July 25, 1964, and were happily married for 53 years, she survives. Additional survivors include a daughter; Jonlyn Pierce of Pleasant Valley, Mo., a son; Justin Pierce and his fiancé Lisa of Kansas City, Mo., a brother; James Pierce and wife Jane, of Racine, Mo., three future step-grandchildren; Zachary, Sammy and Joey, and many loving nieces, nephews, cousins and special buddy Ollie. John was preceded in death by his parents; half-brother, Charles Pierce; niece, Kelley Pierce; and aunt, Twyla Markel.