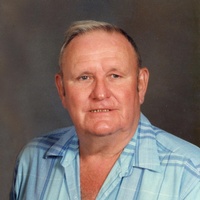 Floyd was born June 9, 1923 in Osceola, Missouri to the late Floyd Prock, Sr. and Edna Mae Wilkerson Prock and had lived in the Joplin area most of his life.

He worked at Hamm Chevrolet in Aurora, R&S Chevrolet (29 years as parts manager) and Schumacher-Blum Chevrolet in Carthage. Floyd then worked for the Joplin R-VIII School District at Cecil Floyd Elementary as day engineer, and upon retirement he worked at various Joplin R-VIII schools as well as the administration building as a substitute engineer and/or custodian.