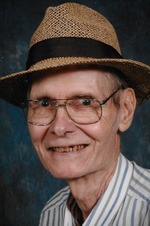 Charles Wendell Flesher, 84, of Webb City, Missouri, left this life and entered his eternal rest on May 15, 2018.
He was born on Route 2, Jasper, Missouri, July 1, 1933, to Charles Albert and Cora Faye (Northway) Flesher, in the same home where his father was born and raised. As a teenager, he accepted Jesus Christ as his personal Savior, and renewed that commitment after marriage.

He grew up in the Alba, Missouri, community and graduated from Alba High School in 1951. From 1952 to 1954 he served in the United States Army. He married the love of his life, Jayne Hardy, May 12, 1956. God blessed their union with four children. She preceded him in death in 2014.
He fulfilled several vocations throughout his life, with the final one being as a maintenance mechanic at Safeway Bakery in Joplin, Missouri, retiring after 31 years.

He was an avid gardener, birdwatcher, and woodworker, who provided well for his family and also used his God-given abilities to benefit various churches as well as the Missouri Baptist Children’s Home. After retirement he could often be found visiting friends in the hospital or waiting with their families during difficult times.

In lieu of flowers, memorials or donations may be made to The Missouri Baptist Children’s Home.

Funeral services will be at 10:00 a.m. Saturday, May 19, at Mason-Woodard Chapel with Pastors Jack Slade and Ron Crow officiating. The family will receive friends prior to the service at 9:00 a.m. at the same location.
Interment will follow at Ozark Memorial Park Cemetery.

In lieu of flowers, memorials or donations may be made to The Missouri Baptist Children’s Home.