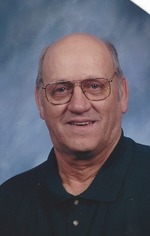 Harold was born on April 21, 1938 in Knob Noster, Mo., the son of the late Christy and Albena (Teberkamp) Eckhoff. He worked as a truck driver for L& P Transportation. He was a longtime member of Duenweg Assembly of God Church. His hobby was work; he loved driving. He enjoyed going to flea markets and collecting. He always enjoyed spending time with his family. He was a wonderful husband, father, and grandfather.

Funeral services will be 3:00 p.m. Friday at the Duenweg Assembly of God Church. Reverend Bill Hobson will officiate. Burial will be in Ozark Memorial Park Cemetery.

The visitation will be 6-7 p.m. Thursday at Mason-Woodard Chapel. Memorial contributions may be given to the Duenweg Assembly of God Church in care of the mortuary.