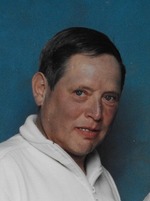 Bill was born on October 21, 1945 in Joplin, Mo. the son of the late Forest E. and Mildred (Lowery) Luke Sr. He has been a lifetime area resident. Bill was a driver for Fleming Foods for twenty-seven years and ended his career driving for Unisource Worldwide before retiring.

He married, Sharon Matchell on November 19, 1970, Sharon preceded Bill in death on August 4, 2014, together they raised three sons, William L. Luke of Neosho, Carl Jennings of Wichita, Ks. Additional survivors include two sisters, Dorothy Van Volkinberg of Joplin and Barbara Twenter of Joplin, and a grandson Dalton Bridges, he was preceded in death by a son Colin Jennings, a brother Forest E. Luke Jr., a sister Mildred.

Services have been scheduled for 10:00 a.m. Friday, January 26, 2018 at the Mason-Woodard Chapel. Burial will follow at Ozark Memorial Park Cemetery. The family will receive friends from 6 – 7 p.m. Thursday evening at the Mortuary.
Arrangements have been entrusted to Mason-Woodard Mortuary & Crematory.